Fats Vs Oils – which is best to cook with? Is your short-term beach bod dream the recipe for a long-term wellbeing nightmare?

It’s that time of year again: BBQ season. Lean cuts of grilled meat and leafy green salads become our staple. They’re quick to assemble and far more appealing in the light evenings. Simply sizzle, toss and serve. Finish with a drizzle of oil. 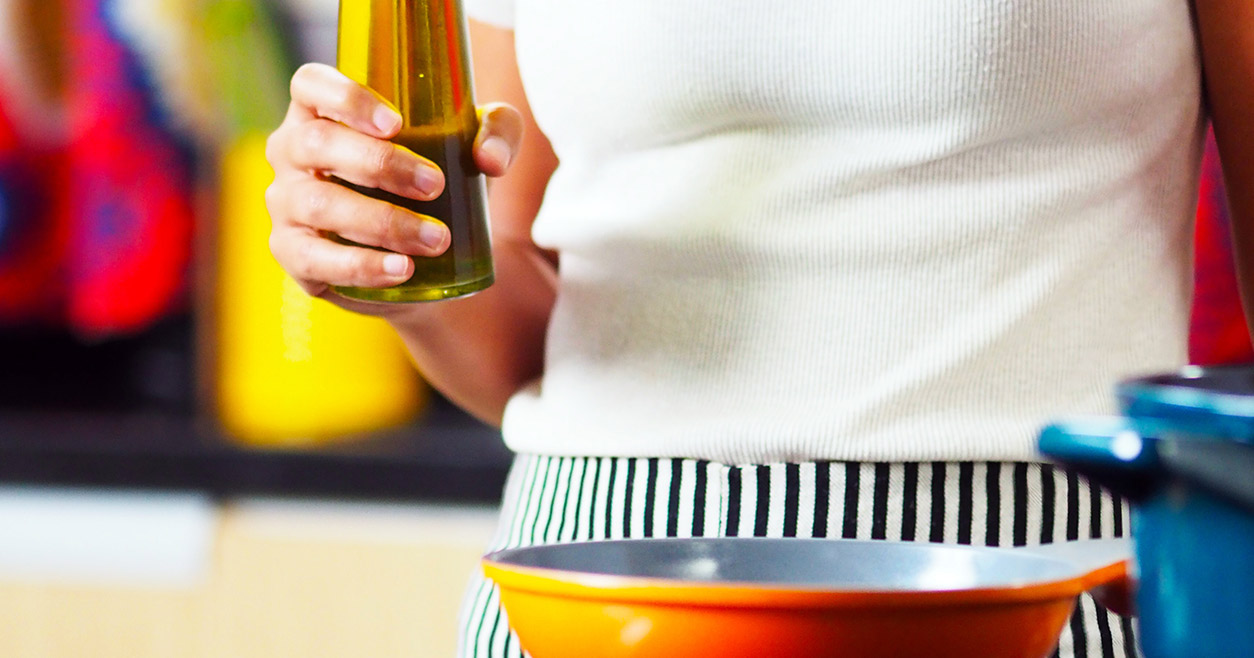 But should we be using oil at all?

The fear of fat in your diet is very real. For a long time, we’ve been told fat is bad and to avoid it at all costs. You only need to walk down an aisle in the supermarket to be bombarded with a barrage of ‘LOW FAT’ labels, all promising to satisfy your hunger – without the fat content. But should we really be so afraid of fat?

The truth is, fat is essential for the maintenance of a healthy body and mind. Here’s a quick run-down of some the functions it plays in your body. 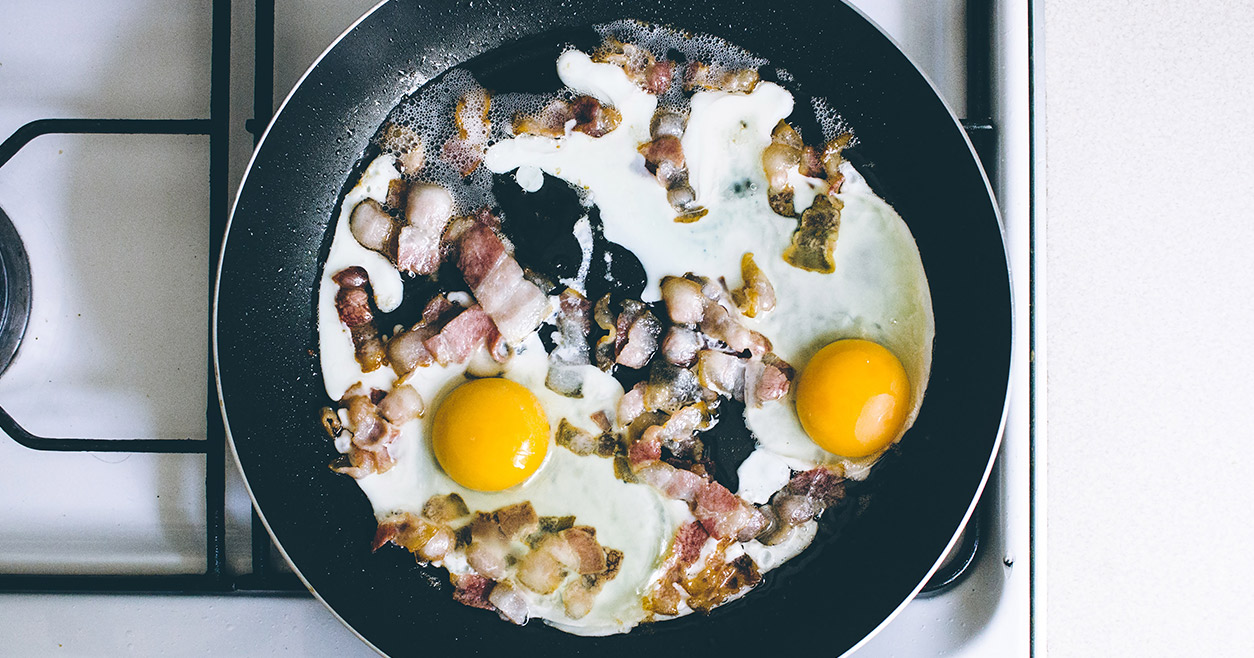 So, fat isn’t bad. But when it comes to which to use, it feels like we’ve never had so much variety to choose from. Coconut, sunflower, olive, avocado. Just some of the oils that are available in the supermarket. But there’s a question that still feels unanswered. Which oil is best to cook with? And which has the greatest health benefits for you? There’s so much contradictory information out there, it can be hard to know what to use. Is animal fat bad? Should you fry with coconut oil?

We’ve created a handy guide to all things oil, to make your summer meal prep a little more straightforward.

So, let’s start with the basics. 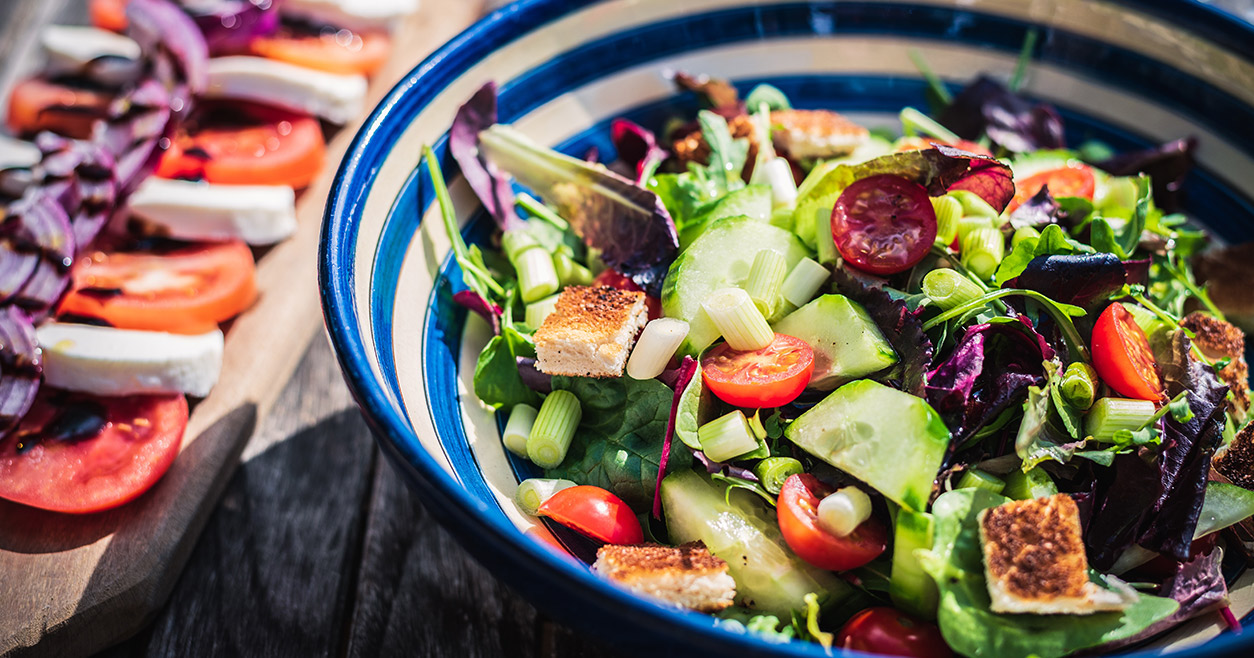 What are the different types of cooking oils?

Animal fats, like lard and butter, were traditionally the go-to cooking substances for our grandparents. Their rich, golden taste and stability in high temperatures made them incredibly popular for all manners of frying and cooking. But as time went on, their health properties came under fierce scrutiny. Namely, their high levels of saturated fats – which was attributed as one of the contributors to the increasing prevalence of heart disease.

The result was an almost nation-wide shift to cooking with vegetable oils – which contained a significantly lower amount of these ‘harmful saturates’. People moved to cooking and frying with sunflower and corn oils, opting for vegetable-oil-based spreads in their dishes over butter. ‘Vegetable oil is better for you!’ we were told. This became accepted as the new norm. Lard is bad, oil is good.

But in recent years, a growing body of research has started to reveal something different. As Paul Kita for Men’s Health explains, “New research shows that heart trouble may be caused by issues ranging from your parents’ DNA to hypertension and inflammation. What’s more, good fats may in fact help your heart, in addition to preventing cancer and assisting in nutrient absorption.”

So, some of these so-called ‘good oils’ weren’t actually all that good. In fact, under high heat they were actually quite harmful. Why? It all comes down to the molecular structures of how they are made up, and how they react to different types of heat. 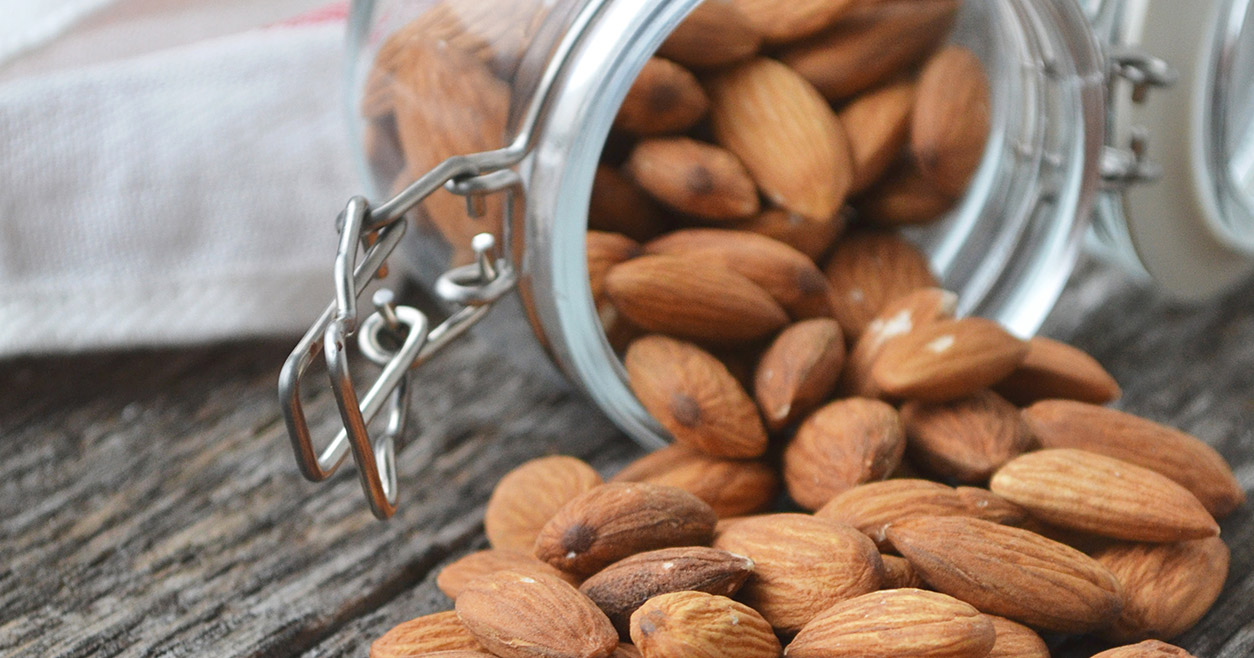 Isn’t all fat the same?

It turns out there are different types of fats! Here’s a run-down according to Neka Pasquale, from Urban Remedy:

“Polyunsaturated fats include Omega 3 and Omega 6 fats. Omega 3s reduce inflammation, support healthy hormone levels and cell membranes. Omega 6 fatty acids are important to support healthy brain and muscle functions but, on the downside, they promote inflammation in the body.” Found in food such as nuts, seeds, fish and leafy greens, they have clear health benefits. However, the benefits of consuming sunflower oil and corn oil, although rich in polyunsaturates, are much less clear.

Pasquale highlights the beneficial role they can play too.

“Monounsaturated fats protect the heart and support insulin sensitivity, fat storage, weight loss, and healthy energy levels.” They can be found in avocados, olives, olive oil, almonds and hazelnuts, lard and goose fat. Olive oil, which is approximately 76% monounsaturated, is a key component in the Mediterranean diet, which has been shown to significantly reduce the risk of heart disease.

Saturated fats are probably the most well-known of all the fats, and the one we’ve been heavily warned to avoid. In recent years, however, there’s been debate as to whether animal-derived fats are as bad as we originally thought. Weston A Price Foundation sums it up:

“In the decades following the release of the dietary guidelines, Americans followed suit, reducing their intake of animal fats and largely replacing them with grains, sugars and industrially processed vegetable oils. Yet, despite adherence to these supposedly ‘healthy’ guidelines, U.S. public health declined.”

The benefits of cutting out these types of fats are being challenged.

So, there are different types of fat, and they serve different purposes in the body.

But how does this translate in the kitchen? 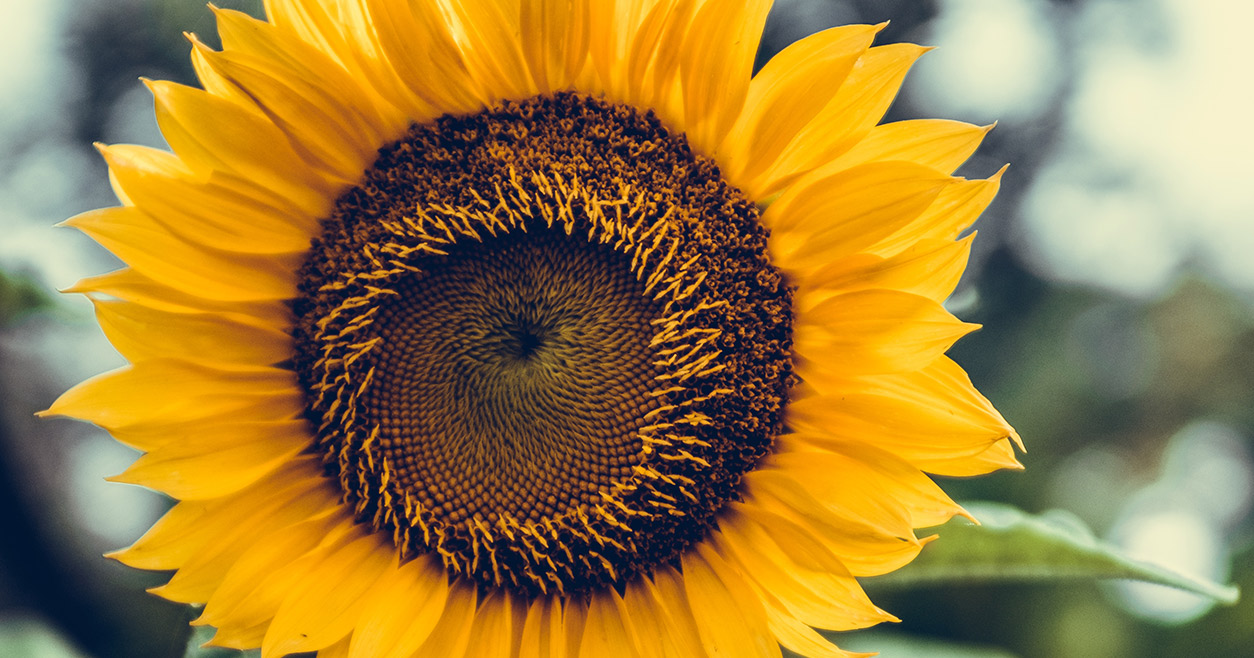 It’s all about heat

When you’re frying or cooking at high temperatures (180®c or 356®F), oxidation occurs. This involves compounds in the fat/oil reacting with oxygen, which results in changes to the molecular structure. The by-products of this reaction are aldehydes and lipid peroxides. What are they?

Put simply, aldehydes and lipid peroxides are harmful substances which cause damage to cells in our body, through changes to the molecular structures of our cells. Research has found an increased risk of heart disease and cancer when these substances are inhaled or consumed, even in small amounts.

When it comes to frying or oven-baking, it appears that olive oil may come out on top, as it is the most stable compound under heat – its by-products being the least harmful.

Should I be going crazy for coconut oil?

There’s no denying it, coconut oil is having a real moment. Hailed as a modern-day superfood, you’ll find it in every health store. However, there remains debate as to whether you should cook with this naturally high-saturated fat.

As a rich source of essential fatty acids, which helps the body absorb vitamins like A, D, E and K, it’s no wonder health bloggers out there are raving about it. However, the issues that arise concern the amount of saturated fats in coconut oil – which is around 86%. Excessive amounts have been linked to an increase in the bad cholesterol in the body - LDL. Current health guidelines recommend no more than 30g of saturated fats a day for men and 20g for women. So, coconut oil is safe to cook with and does have nutritional benefits, but it should be used sparingly!

Virgin coconut oil contains antioxidant polyphenols – which are thought to help remove harmful free radicals in the body. What are free radicals?

The electrons in our body like to be in pairs. Free radicals are single, unpaired electrons, which lurk through our bodies to find other electrons to pair with. The result of this is damage to our cells and DNA.

Jessie Szalay, from Live Science, notes the role free radicals play in causing many modern diseases, “Free radicals are associated with human disease, including cancer, atherosclerosis, Alzheimer's disease, Parkinson's disease and many others. They also may have a link to ageing, which has been defined as a gradual accumulation of free-radical damage, according to Christopher Wanjek, the Bad Medicine columnist for Live Science.”

It makes sense that we should try to avoid the accumulation of these in our bodies at all costs. 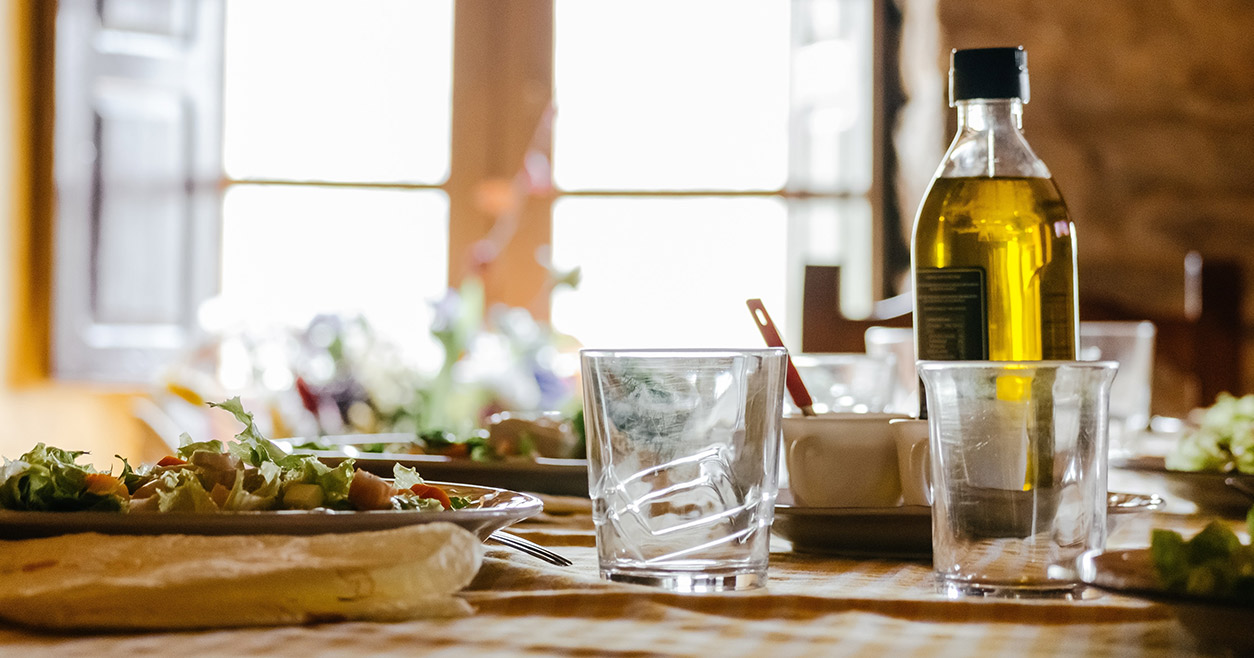 Olive oil is the best compromise for both cooking and using on food - as it withstands heat well and has relatively low levels of saturates (14%).

If it works for your diet, animal fats are okay to use in your cooking. You should try to use them in moderation, as the higher levels of saturates can be bad for your cholesterol. Other plant-derived oils are safe to cook with and use in dressings, but just be wary of their saturate levels! Variety is good when it comes to fats, it’s just all about getting the right balance.

When we developed the Modius Headset, we were committed to creating a product that could be used by people of all shapes and sizes, to assist them on their weight loss journey. We understand that everyone's journey is unique, we therefore feel it’s important to provide both the services and support to make this journey successful. Find out how our headset could help you lose weight.