How and why sleep affects weight Let’s face it, life’s busy. Balancing a work schedule, family time and a social life, along with sticking to your diet and exercise plan… It’s exhausting just listing it all out, let alone scheduling it all in. In a world of red-eye flights and weekend overtime, it’s no wonder that we’re largely a generation of under-sleepers.

Or so we might think. But how does sleep affect your weight loss goals? Is there even a right amount? Caroline Pullen’s brilliantly researched article for Healthline opens with a bold statement: “If you're trying to lose weight, the amount of sleep you get may be just as important as your diet and exercise.” The balance you give to your sleep/diet/exercise formula needs to be in check for the optimum chance of achieving your physical well-being goals.

The question isn’t whether or not the amount of sleep you get affects your weight – we’re telling you now, it does. But did you know that diminishing rest times are highly likely to be a contributing factor to the rise in adult obesity? In fact, the numbers are quite worrying:

What we want to find out is how and why sleep affects weight loss. Our focus will primarily be on fat loss, but the principles of our findings apply even if you’re bulking up or maintaining weight. 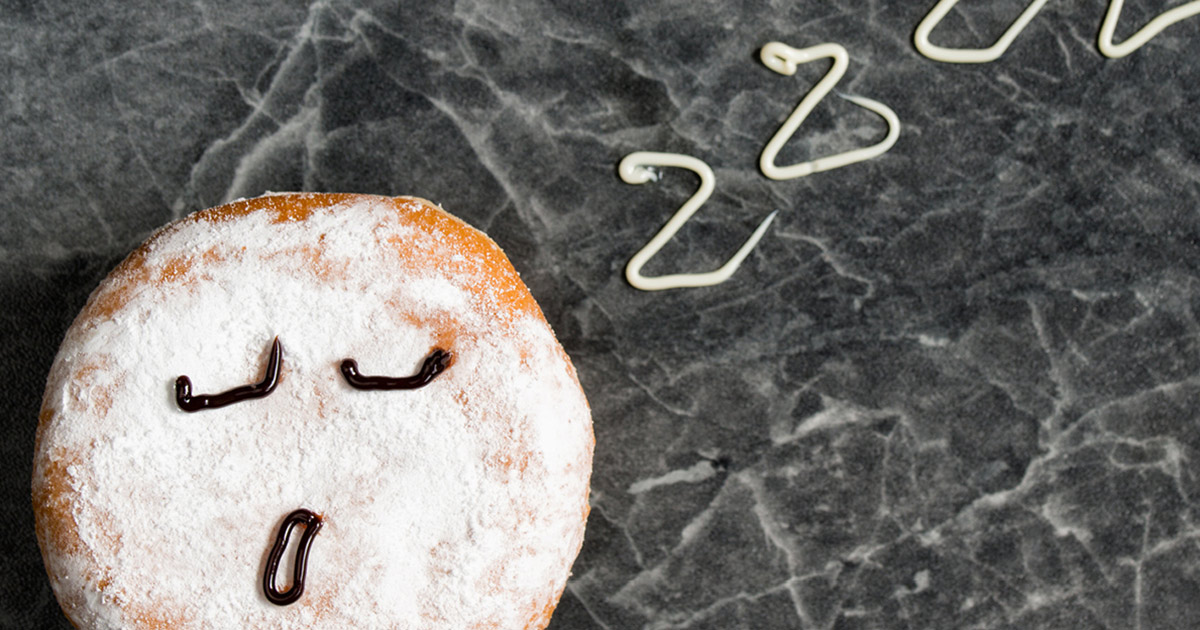 This one’s a no brainer: you’re staying up for longer, you need more fuel to keep you going, right? Or is it that you’re eating more during the day and the excess calories are keeping you up at night?

If we can’t find a cause, it’s reasonable to suggest that the ‘rest vs reward’ equation is actually an unending cycle. Something like this:

Stage 1: I’m not getting enough sleep. I’d better eat to make up the extra energy I need.

Stage 2: I’m too full of energy and now I can’t sleep.

This means that sleep may not be the dominant issue in this argument – it’s calorie control that we need to watch out for. When you’re not getting enough rest, your willpower is going to be as tired as everything else in your brain and body. Writing for the NHS, Bazian commented: “It seems intuitive that if someone is not sleeping well and is under stress, then sticking to a weight loss programme will be more difficult.”

Having said that, just how tired are you?

To conduct their research, Patel et al. analysed the sleep patterns and weight gain of thousands of women over a sixteen-year period. The results speak for themselves:

However, Patel et al. also summarised, “Ultimately, in order to cause weight gain, reduced sleep must increase caloric intake and/or reduce energy expenditure.” Once again, the calories are playing more of a role than sleep itself. 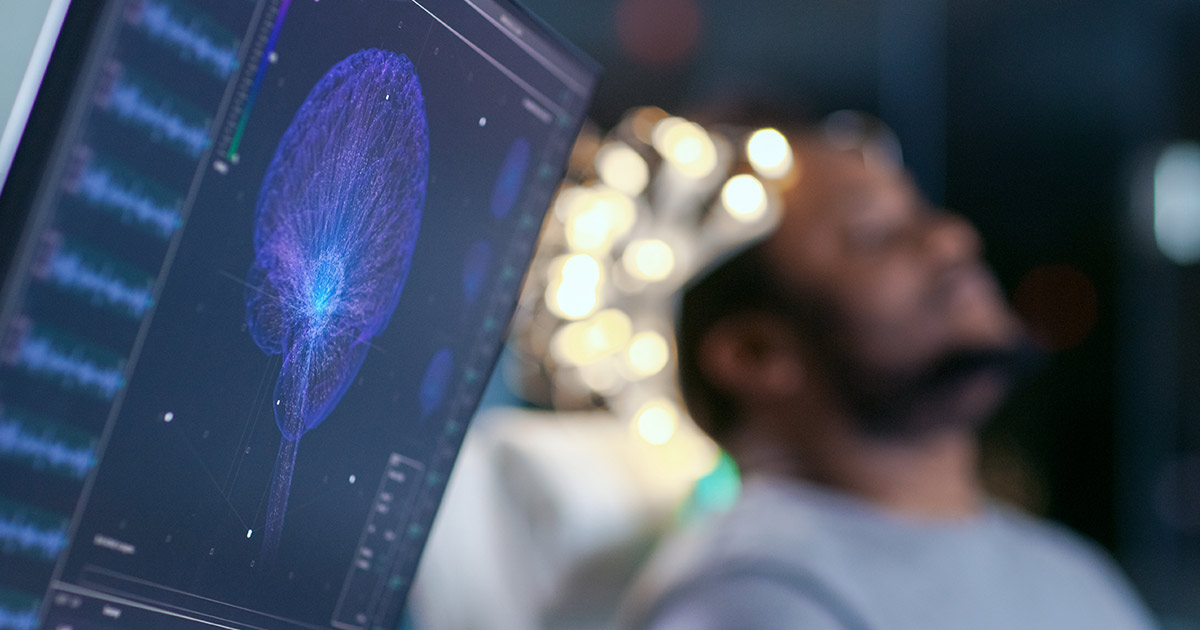 As we’ve seen, “Poor sleep dramatically alters the way the body responds to food.” But we’re craving more information – we want to know how and why – which is why we’re going to dig a little deeper and take a look inside.

In our previous blog, Is weight loss harder for men or women?, we looked at the functions of the hormones leptin and ghrelin – specifically, how they can affect your weight loss goals.

Unfortunately, your sleep pattern can play havoc with these hormone levels: “A study of over 1,000 people found that those who slept for short durations had 14.9% higher ghrelin levels and 15.5% lower leptin levels than those who got adequate sleep.”

High ghrelin levels mean your brain thinks you need to eat more, while lower leptin levels result in your brain not registering that you’re full when you have eaten.

If you’re wondering whether you really notice those hormonal imbalances, the research also suggests that short-term sleep restriction “increases subjective ratings on appetite and hunger.” Add that to the fact that craving control is also lessened when you’re underslept and the plot just keeps thickening. Making things even more difficult, a study published in The American Journal of Clinical Nutrition suggested that the brain’s reward centres light up when you have been sleep-deprived.

However, just like your sleep pattern is one of many factors in your weight loss journey, ghrelin and leptin don’t rule the system:

“While increased feelings of hunger after sleep restriction […] may have been triggered by elevated ghrelin levels, other mechanisms could likewise account for this observation. […] Central nervous glucose utilization is known to be distinctly higher during wakefulness than during sleep, especially slow-wave sleep . Thus, it may well be that a higher energy demand of the brain during prolonged wakefulness has evoked the increase in subjective feelings of hunger.”

It’s no surprise that a number of weight-related conditions can make sleeping more difficult – but how do we gauge the starting point for a weight loss goal?

A major study at the University of Warwick found that the impact of short sleep duration may be well-ingrained. The likelihood of obesity in adults who have a reduced sleep duration is 55%. In children, however, it’s a whopping 89%!

For some people, trying to change your sleep pattern could be a battle with a life-long habit, but even a few nights of insufficient sleep can dramatically alter what’s happening in your body: “In one study, 11 men were allowed only four hours of sleep for six nights. After this, their bodies' ability to lower blood sugar levels decreased by 40% . / This suggests that only a few nights of poor sleep can cause cells to become insulin resistant.”

Another study , this time a partnership between the Universities of Chicago and Wisconsin, put a group of 10 overweight adults on a weight-loss diet plan for 2 weeks. They were allowed either 8.5 or 5.5 hours of sleep and their weight losses were analysed.

Yes, it’s rewarding to step on the scales and see a smaller number than before. However, for most of us on a weight loss journey, we’re trying to lose fat but retain muscle mass.

Remember, the scales don’t always show those results – as fitness coordinator Laura Stusek notes, “It is common for exercisers to lose fat and gain muscle without a change in body weight.”

The other major factor this illuminates is the link between reduced sleep and stress levels, which can also influence your weight loss outcome: “People who aren’t getting enough sleep and are under stress may have more difficulty sticking to the demands of a weight loss programme. However, this association does not mean that poor sleep causes obesity, or that healthy sleep patterns are a means of achieving weight loss.” 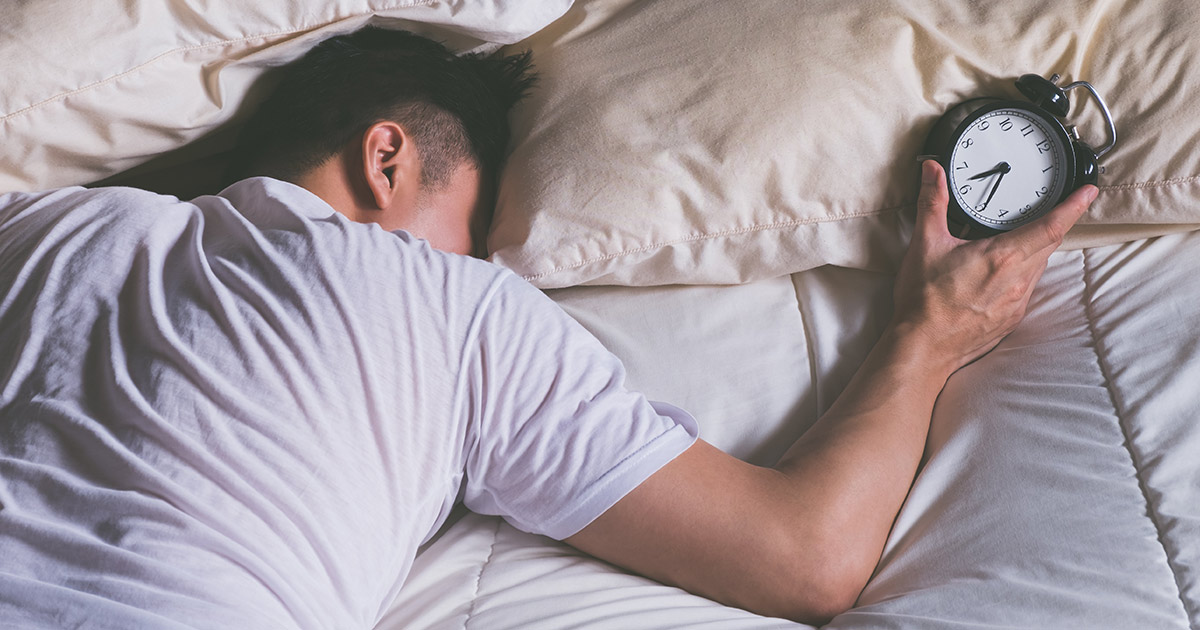 With all this research telling you that sleep deprivation is bad, no one could hold it against you for thinking, ‘does that mean the more sleep the better?’

Not only has sleep expert Dr. Michael Breus highlighted that hypersomnia is predominantly linked with depression, but other health and well-being factors can be linked with the condition and should not be taken lightly: “Researchers from the University of Cambridge … discovered those who regularly slept more than eight hours a night were twice as likely to suffer a stroke compared with average sleepers.”

Not so long ago, this approach was taken to the extremes. A diet trend hit the front pages of the presses that journalists termed ‘Narcorexia’ . The logic, for lack of a better term, was to not only avoid the issues associated with sleep deprivation, but to sleep your way through periods of hunger by way of abusing sleeping pills. Here’s Dr. Breus to explain just what a foolish risk this ‘fad’ was:

“Using sedatives to trigger weight loss … is unhealthful and downright dangerous. There’s virtually no part of mental or physical health—from mood to cognition to immunity to cardiovascular health—that isn’t put at risk by these practices.”

Ironically, scientists in the USA and Canada found a quantifiable result for just how much weight you can pile on from over- or under-sleeping during a six-month period: “Short- and long-duration sleepers were 35% and 25% more likely to have a 5-kg weight gain, respectively, as compared with normal-duration sleepers.”

And as if that wasn’t enough of a deterrent, the long-term risks were equally disarming: “The risk of developing obesity was elevated for short- and long-duration sleepers, as compared with average-duration sleepers, with a 27% and 21% increase in risk, respectively.”