Spot the Difference: Can you target fat loss where you want it most? What’s weighing you down?

How do you assess your progress? Do you look down at the scales or see how much extra space has been left behind in your jeans? When it comes to crunching the numbers, we’ve talked a lot about whether you should judge your results by the amount of weight you’ve lost or by how much your body fat percentage has diminished.

For many of us, the answer comes in the mirror. That daily stare full of hope that, in time, the person staring back will closely resemble the goal that was set out. But the mirror is where the unique details start to become little obsessions…

From bingo wings to love handles, there are plenty of poorly-named areas that people trying to trim down often wish they could have more control over. So, in our quest to find answers to all things weight-loss, we put the research to the test to determine once and for all, can you target fat loss to specific areas of the body?

Before we get into how you may or may not be able to get rid of those stubborn spots, let’s find out why they’re there in the first place:

According to Dr. Scott Kahan, Director of the National Center for Weight and Wellness, “Genetics is the most important determinant for where fat is stored. Often we have relatively similar shapes as our parents.”

Before you go blaming your parents, we’ve got more factors to consider. As Jillian Kubala summarises, part of the genetics lottery comes down to sex:

“Women have a higher percentage of body fat than men do and tend to store excess fat in the thighs and butt, especially during their childbearing years. However, during perimenopause and menopause, hormonal changes can cause weight to shift to the belly region. On the other hand, men are more likely to put on pounds in their midsections throughout their entire lives.”

In either case – or more likely, a combination of both factors – the chances are that you’re reading this because the fat is sitting there and you want to do something about it.

Although there are more than two schools of thought on the matter, the ‘spot reducing’ arguments basically boil down to two categories.

First, the naysayers who argue that fat loss is a whole-body equation. For example, Todd Miller, Professor of Nutrition and Exercise Sciences at George Washington University, explains: “Fat … is stored as energy. It gets recruited equally from all over your body and sent to muscles to be burned.”

On the other side of the coin, let’s look back to the forefathers of modern body aesthetics:

“Old-school bodybuilders such as Frank Zane, Arnold and Franco Columbu firmly believed in doing hundreds of sit-ups not only to build abs, but also to chip away at the remaining body fat in the abdominal region before they stood on stage. You might argue that their ripped midsections were the result of a super lean pre-contest diet, but there is another mechanism at play: blood flow.”

The logic is that by increasing blood flow to a particular part of the body, “you improve the ability to burn fat in the surrounding area.”

Obviously, these are over-simplifications, and simple science doesn’t quite cover it for us. So, we’re going to need to weigh up both cases and see which comes out on top. 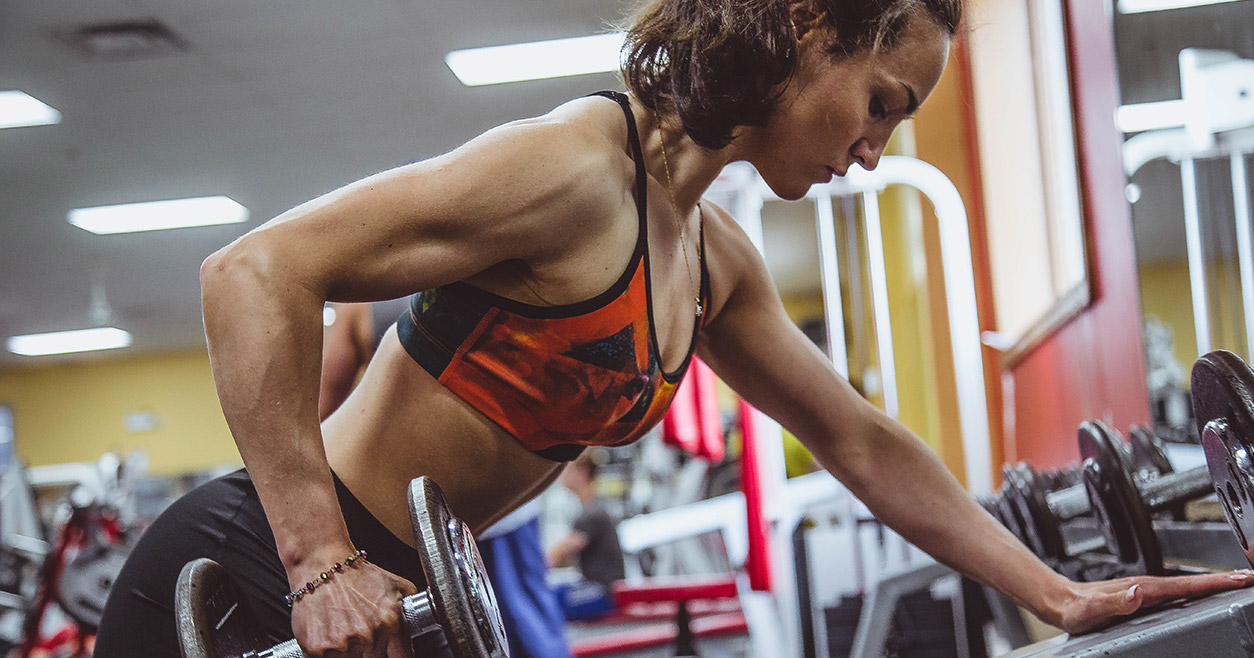 Fat is dispersed throughout the body as a fuel supply. How you gain it is an important process to understand in order to figure out how it can be lost:

“The fat in your cells is found in the form of triglycerides, which are stored fats that the body can use for energy. Before they can be burned for energy, triglycerides must be broken down into smaller sections called free fatty acids and glycerol… During exercise, the free fatty acids and glycerol used as fuel can come from anywhere in the body.”

Now, this can be a good thing. As Kahan points out, “‘You can’t do more squats and expect to lose weight around your thighs.’ In other words, the proximity of fat to the exercise you’re doing doesn’t matter.” However, that means that you can keep your training varied and interesting, and still get results. Trimming down on your chest? Get on an exercise bike. Stubborn belly fat? Do some leg weights.

The important variable is that you’re burning off more of those pesky triglycerides than your body is depositing. And while you’re burning that fat off, chances are you’ll build some muscle, too – and here’s why that could be your secret weapon… 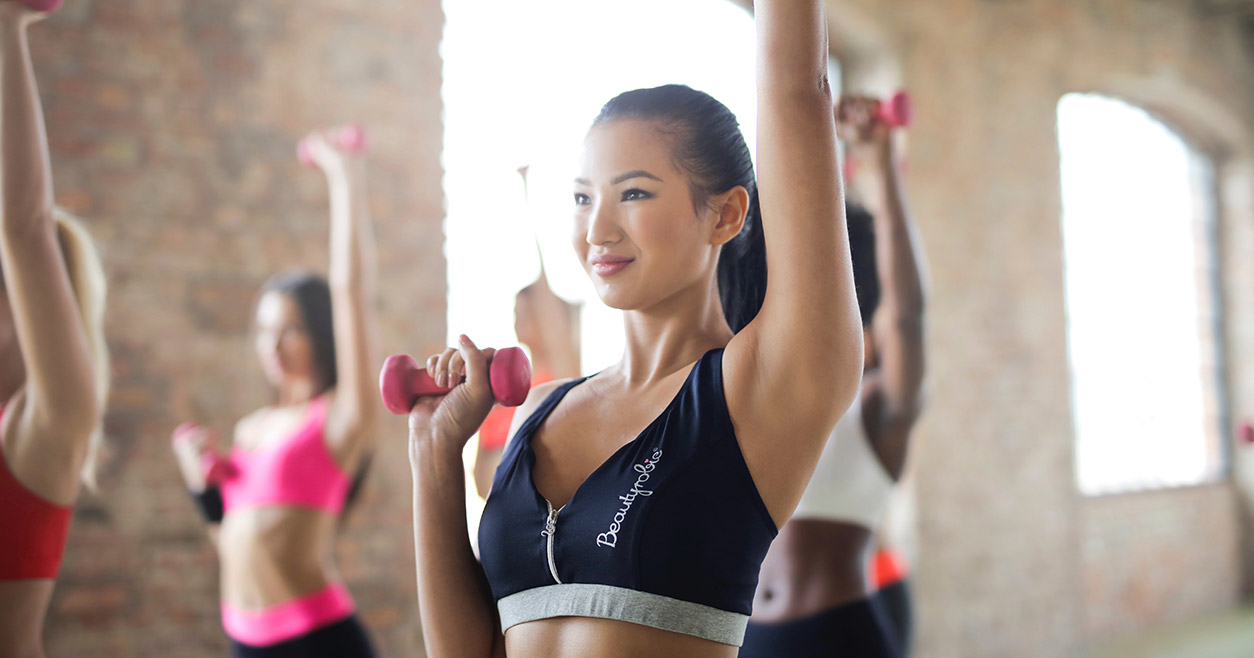 Despite the Schwarzenegger approach seeming to work for elite bodybuilders who wanted their abs to shine through, “One study in 24 people who only completed exercises targeting the abdominals for six weeks found no reduction in belly fat.” The difference? Those 24 people were not professional bodybuilders trying to break themselves down to as close to zero percent body fat as humanly possible.

But that’s not all. Like we said earlier, body fat is a genetic issue, as Todd Miller explains: “If you had two men standing side by side, both with 15 percent body fat, but one carries it evenly and the other doesn’t, the former would be more likely to have the six-pack abs.”

However, if you’re goal is a little more like looking, feeling and being healthier, then consider this pearl of wisdom shared by writers from Women’s Health and Men’s Health…

Amelia Jean Jones writes, “You can target specific muscles with weights because muscles are localised.” And Tom Banham agrees: “Even though you can’t target your fat loss, you can gear your workout towards overall blubber burning and shaping the muscle in your problem areas.”

(*Don’t actually give up on portion control. It’s super important.)

This approach is like dressing for your body type. You’re working with what you’ve got and creating the appearance of a more toned physique. If you’re carrying extra weight around your hips, try to build your upper back for a more V-shaped torso. Similarly, the fat forming your bingo wings might not be going, but a bit of added muscle will start to inflate those arms nicely.

This balanced attack plan is favoured by celebrity trainer and nutritionist, Joe Wicks:

“Through regular exercise and good nutrition, you can burn fat from your entire body, and get fitter, healthier and leaner in the process. You can target muscle growth and improve your muscle definition with weights and body weight exercises, focusing on specific areas, whether that’s the chest, back, arms, legs or abs.”

Similarly, Gabe Free and Gabriella Boston have attested as to why channelling your efforts into the bigger muscle groups will pay off in your shape transformation: “The reason total body movements (planks, squats, lunges, etc.) are more effective for weight loss and overall fitness than, say, crunches, is that using more large muscle groups requires more energy and builds more muscle.”

So, before you go tricep-dipping your bingo wings away…

“Forget isolation exercises in favour of something more metabolic. After all, the more muscles you’re working, the more fat you’re burning.” 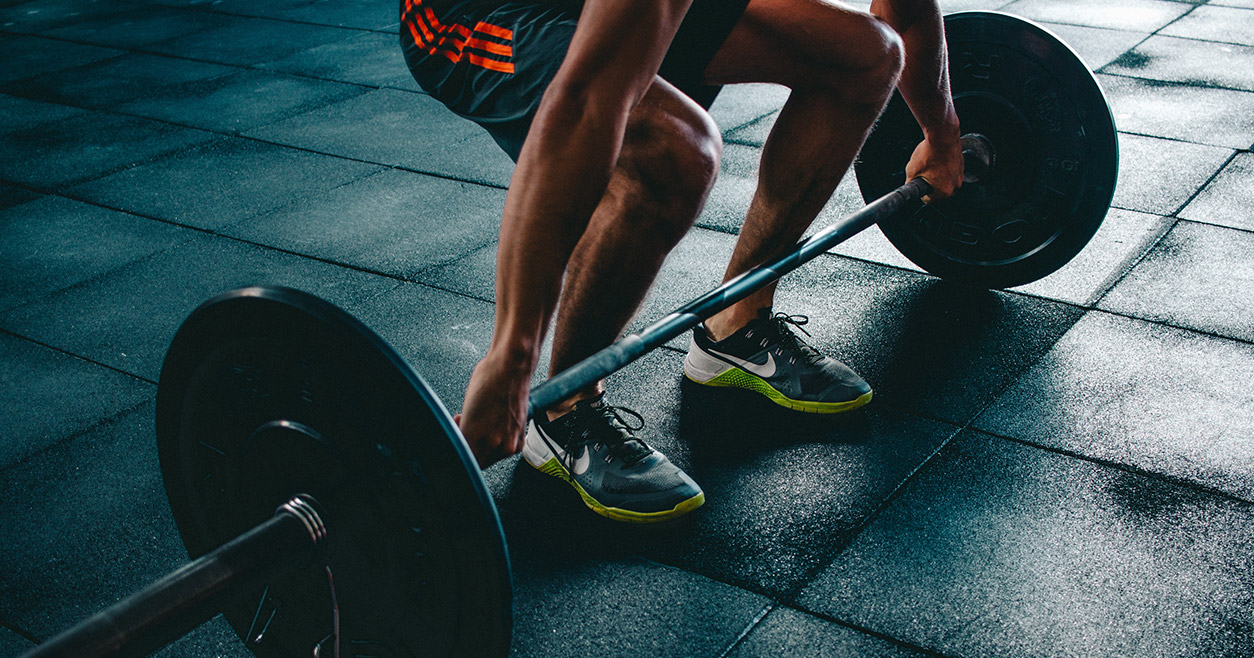 Theoretically, if we’re open to the idea of targeted toning, then surely spot reduction is back on the table?

One of the most famous proponents of spot reducing is Charles Poliquin, an exercise physiologist who developed the Biosignature Modulation Method. It works by analysing your body fat levels on twelve specific spots around the body (measured via calipers) to create a hormonal profile. “That data is then used to figure out what hormones are out of whack so you can use supplements, improve your diet, and strength train in new ways to correct this balance.”

Based on this system, each problem area can be linked to a specific hormonal imbalance. For example, issues around the belly region are likely to be due to cortisol and testosterone troubles can turn pecks into moobs.

The Poliquin method is not without its critics. Yet, despite numerous attempts to discredit it, “[A] study in the Journal of Clinical Endocrinology and Metabolism unearthed a loss of fat in the upper arm when elevating testosterone to above-normal levels. And research at Yale University found that stress and its accompanying hormone cortisol can cause excess abdominal fat.”

If you’re going to look at this approach, be warned, you’ll need to consult with your doctor for hormone-level blood tests and various other monitoring. And that’s not all. Bear in mind what we’ve pointed out in the past about the risks of over-training…

“Being overly focused on one muscle group can do more harm than good. […] It can create muscle imbalances. If the front of the body, including the abs, is too strong and the back is too weak, we get the hunched-over ‘cave man look.’ Aside from being unattractive, that can also cause back pain.” 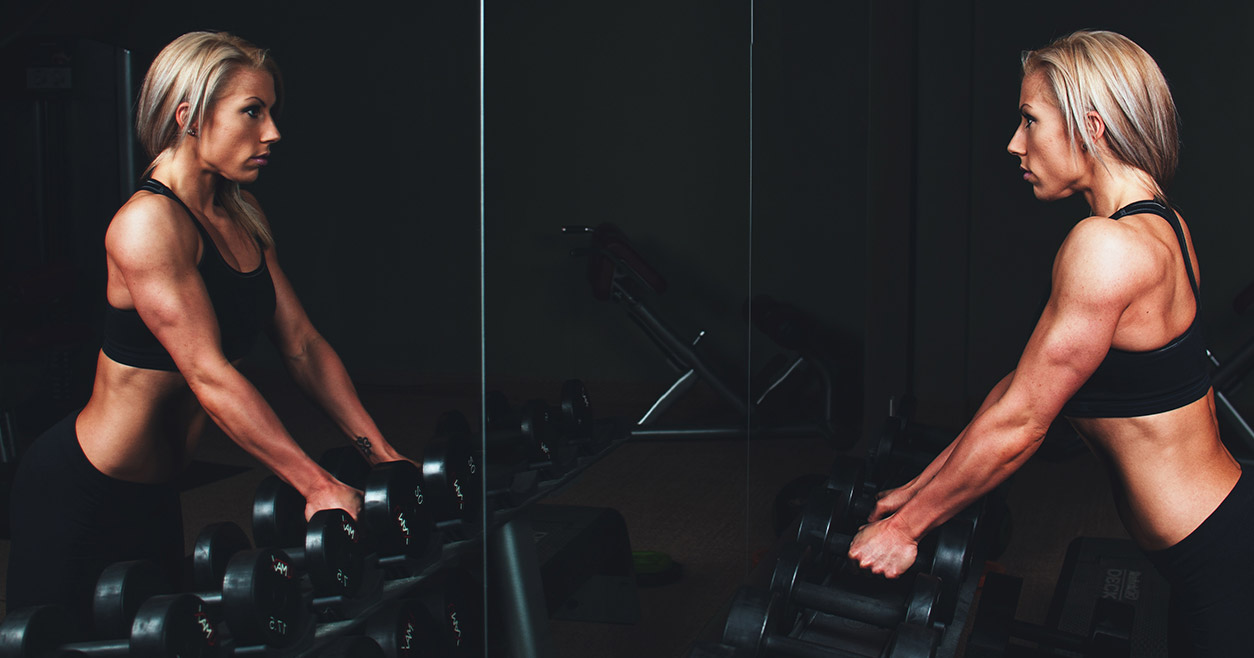 What happens if the hormones are all in check and you can’t blame insulin for that extra fold of skin around your love handles?

If spot reducing works, then you should be able to side-plank your way out of the problem, right? Well, maybe…

James O. Hill from the University of Colorado provides the most logical answer: “The more weight you lose, the more you’re likely going to lose it from the specific place you want.”

In a roundabout way, what we’re saying is that the tried and tested method is your best bet: a healthy nutrition plan and regular exercise.

Remember, you’re not trying to eliminate fat cells entirely – that’s impossible. You’re working within the confines that your body has set way in the past. Here’s a way of understanding it that we always try to take into consideration:

“Apart from surgery, fat cells never decrease, no matter how many miles you run or how many pounds you bench-press. They are set in childhood and adolescence, and after that they just shrink or balloon depending on your habits.”

With that in mind, the real formula for achieving your goal is quite obvious: make healthy dieting and exercising into habits, and let Modius help you gain control over your cravings.

That way, the whole process is on your terms and that next milestone will be all-the-more rewarding.