Weights vs Cardio: Which one tips the scales? It’s an age-old debate that has weighed heavy on the minds of adrenaline junkies to couch potatoes and everyone in between: which will help me lose fat faster, weights or cardio?

Surely, the answer is simple. Just do both, right? Mix it up, keep your body guessing, it’s all good. And when you’re first starting out, the results appear in record time: “For most activities, the more you weigh, the more calories you will burn.”

You’ve probably witnessed that early spike in results. The issue that many have found as they continue to train and diet, however, is the dreaded ‘plateau’…

So, let’s not find out whether weights or cardio give you that instant tease, but rather which one (if either or a combination of the two) will support your sustainable, healthy and above all safe fat loss journey.

Before we delve in to the research – brace yourself, we did a serious round-up! – we should clarify that this is the goal we share and strive towards: fat loss. On top of that, we’re here to be part of your personal bodyweight journey and that means, whatever the outcome turns out to be, that the best exercise and nutrition plans will always be the ones that work for you for the long run*.

*That’s not a hint that cardio wins. 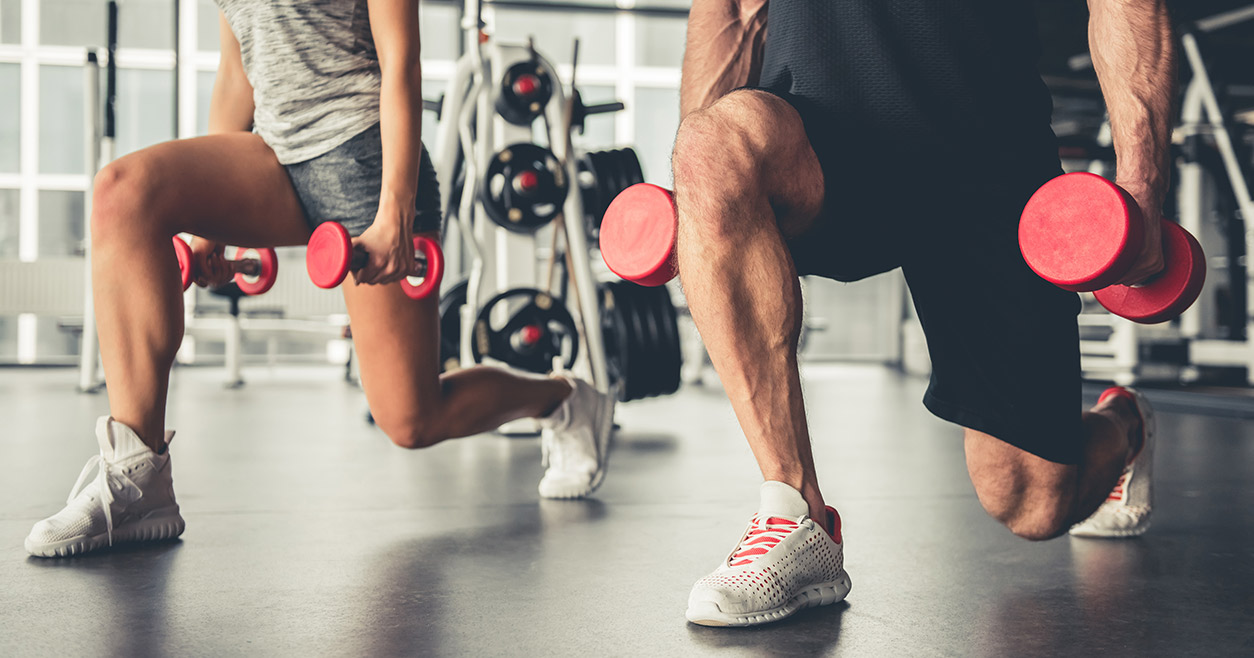 Things are about to get heavy

First up, let’s hit the weights room and see how the plates stack up against fat loss.

Research into resistance training is very polarised. On one hand, the American College of Sports Medicine “found that weight training is not very helpful for weight loss.” Whereas Tinsley argues, “Weight training is more effective than cardio at building muscle, and muscle burns more calories at rest than some other tissues, including fat.”

This is the one of the most prevalent arguments in favour of weights for fat loss: the afterburn. Although you may not burn as many calories during your workout, Amelia Jean Jones for Women’s Health explains, “Lifting weights gives you a metabolic spike an hour after your workout as your body repairs muscular microtears.”

Just how much of a spike are we talking? “In men, weight training led to a 9% increase in resting metabolism. The effects in women were smaller, with an increase of almost 4%.” Remember, this is resting metabolism. So, when you build resistance training into your workout programme, you’ll keep burning calories during recovery – in slightly more fun terms, Netflix & Chisel.

Sounds amazing, but given that it’s a percentage, the harder you work, the more you’ll burn after, too. Although “There are reports of resting metabolism staying elevated for up to 38 hours after weight training,” the resting metabolism spike will taper over that time. Therefore, you will also need to maintain your training every other day or so.

Back to a point we made earlier – this is not about weight loss, it’s about fat loss. That doesn’t mean the scales are your enemy as such, but the numbers might not drop in the way you were expecting. Celebrity trainer Elizabeth Hendrix Burwell and The Biggest Loser’s Jen Widerstrom have explained this wonderfully:

“Strength training builds lean muscle mass, which both increases your metabolism and decreases fat… So the more muscle you build, the more calories you burn on a day-to-day basis.”

Widerstrom personalises the scales for context: “You’ve got to reassess the numbers. Let’s say I’m 200lbs and I lose 50, but my goal is 125. Well, I’m not the same… My body is different.” She cites muscle composition, hydration levels and more to explain this change in physique.

It’s a great reason to set shorter-term goals as part of the long-term plan. Rather than saying I’m going to lose a stone in four months, aim for a few pounds this month and set the bar for another step in the journey. 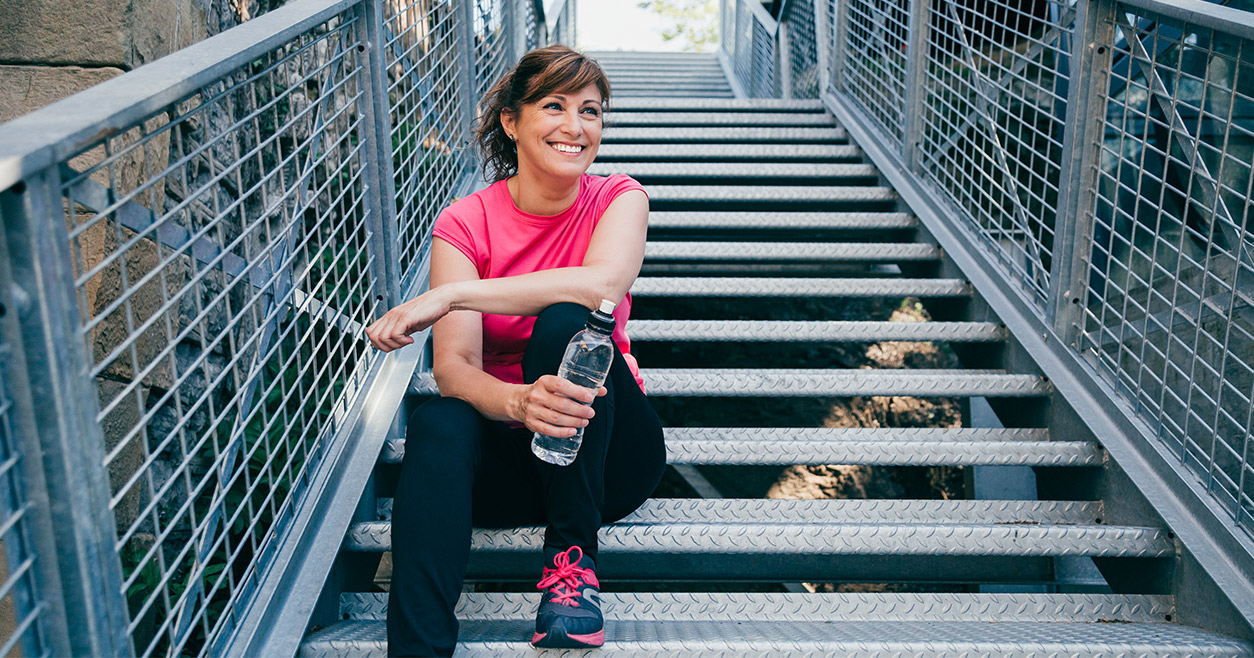 It’s time we talked about cardio.

On the treadmill or out on the road, stationary bike or the scenic route, inside or out, for now let’s assess steady-rate cardio. Where it has the jump on resistance training is in the immediate calorie burn: “In general, you’ll burn more calories per session of cardio than weight training for about the same amount of effort.”

We’ve already discovered that resistance training keeps the metabolism firing after you’ve finished working out. Cardio doesn’t have quite the same effect, but an interesting reaction does come into play:

“In a study by Penn State University in the US, dieters lost 21lb doing either cardio or weights. But here’s the clincher: the cardio group lost 6lb muscle while the lifters lost only fat.”

We’re back to the big question: what are you actually trying to lose? If the goal is to see the number on the scales go down, then either way, mission accomplished. Just know that as much as 29% of your ‘weight loss’ will be coming from muscle rather than fat.

When you’re doing steady-rate cardio – particularly at a lower pace of 60-70% of your max, also known as ‘the fat burning zone’ – a common piece of advice you’re likely to overhear from trainers and gym bunnies is to crank the hunger suppression up a gear by training on an empty stomach. Unfortunately, it’s not quite the quick fix the urban myth would suggest. Jessica Smith at Shape provides more detail on why this plan could go belly-up:

“When you run or bike on an empty stomach, your body will turn to the carb and fat fragments in your bloodstream and muscle stores, not to the fat in your fat cells to energize your workout… This strategy could completely backfire … as you may become hyperglycemic and low on hydration, which can cause you to cut back on the intensity or stop before you’ve put in the 40 to 50 minutes research has shown is necessary for your body to burn fat.”

Wait! That doesn’t mean you should just neck an energy drink and go on the treadmill for an hour. There are other considerations you need to take into account, particularly if your joints aren’t used to carrying your weight for such a long period of time. Elite trainer, Jeff Cavaliere, avoids high-impact cardio for clients aiming at dropping weight: “I don’t advise [running] as a beginner activity for somebody that’s overweight because of the high impact. Generally, it winds up doing more harm than good.”

Now that we know the ins and outs of weights versus cardio, let’s look at the question we asked earlier – what happens if you combine the two? 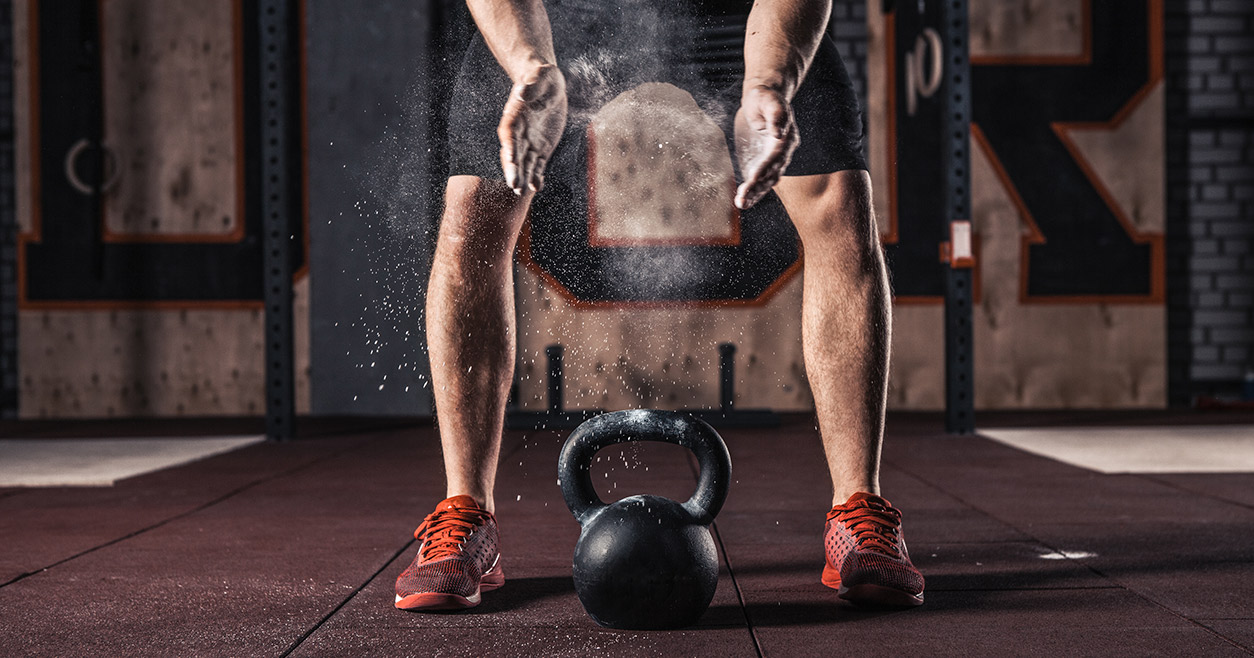 Incorporating a combination of resistance training and cardio can be a one-two punch in the fight against fat. It keeps the body guessing, as they say. Ashley Mateo clarifies why our bodies respond well to this approach: “The more you do [an exercise], the more efficient your body will become at that specific workout – which means it will learn to use as little energy as possible to exert the same amount of effort. And that’s what leads to a weight loss plateau.”

Not only switching up the training style, but also varying the intensity could be the little difference that brings about a big result. Marta Montenegro, Adjunct Professor of Exercise and Sports Sciences at Florida International University, recommends “alternating between low- and high-intensity workouts to give your body proper time to recover and build consistency.”

This active recovery will teach your body to use different energy stores, which consequently could make staving off cravings that bit harder:

“Yes, strength training lowers your hunger levels, but not in the same way cardio does. The satiating effect ends about an hour after exercise when your body starts to crave the energy it’s using to repair and build muscle. Unfortunately, this hits women the hardest because [they are] wired to keep weight up for pregnancy and lactation.”

This is where Modius becomes your secret weapon. Craving control is what Modius is designed to help with. 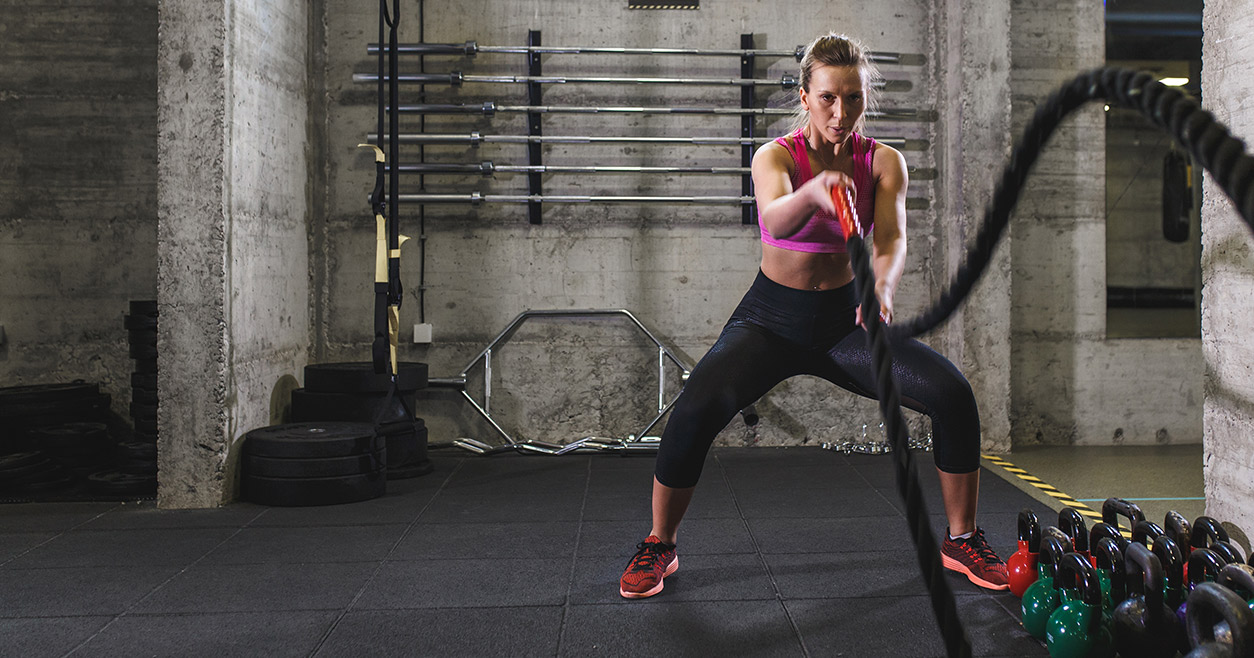 Should you give your metabolism a big HIIT?

If a compromise is on the cards, perhaps HIIT is the answer. High Intensity Interval Training is designed around shorter burst of activity interspersed with rest periods, making your heartrate rise and fall throughout the workout.

This means more calories being used up following your workout – something we’ve already shown can be beneficial. The difference with HIIT is that overall you can actually burn more but work out less:

“One study compared the calories burned during 30 minutes of HIIT, weight training, running and biking… HIIT burned 25-30% more calories than the other forms of exercise.”

“People who did high-intensity cardio for 15 minutes ate 11% less in the 24 hours after. ‘This intensity level causes your body to circulate more blood to prevent overheating,’ explains metabolism expert Dr Andy Blannin. Translation: blood is being diverted away from your gut, in turn, putting the brakes on your appetite.”

Quick fix? Potentially. Sadly, there’s a catch to the research. The whole point of HIIT is that by the time you hit 30 minutes, you should be completely wrecked. You’ve pushed yourself right to the wire. When it comes to weights or steady-rate cardio, you should have enough left in the tank to go for up to twice as long, maybe even longer! Therefore, it’s not a case of calories burnt per 30 minutes, rather the comparison needs to be calories burnt per workout.

As personal trainer and nutritionist, Tom Morgan, notes: “Our perceptions of exhaustion are almost always wrong. You might feel like you’ve reached your limit during a HIIT session, but it’s more likely that you could have done more. You have to be honest about the numbers if you’re going to be realistic about your goal.” 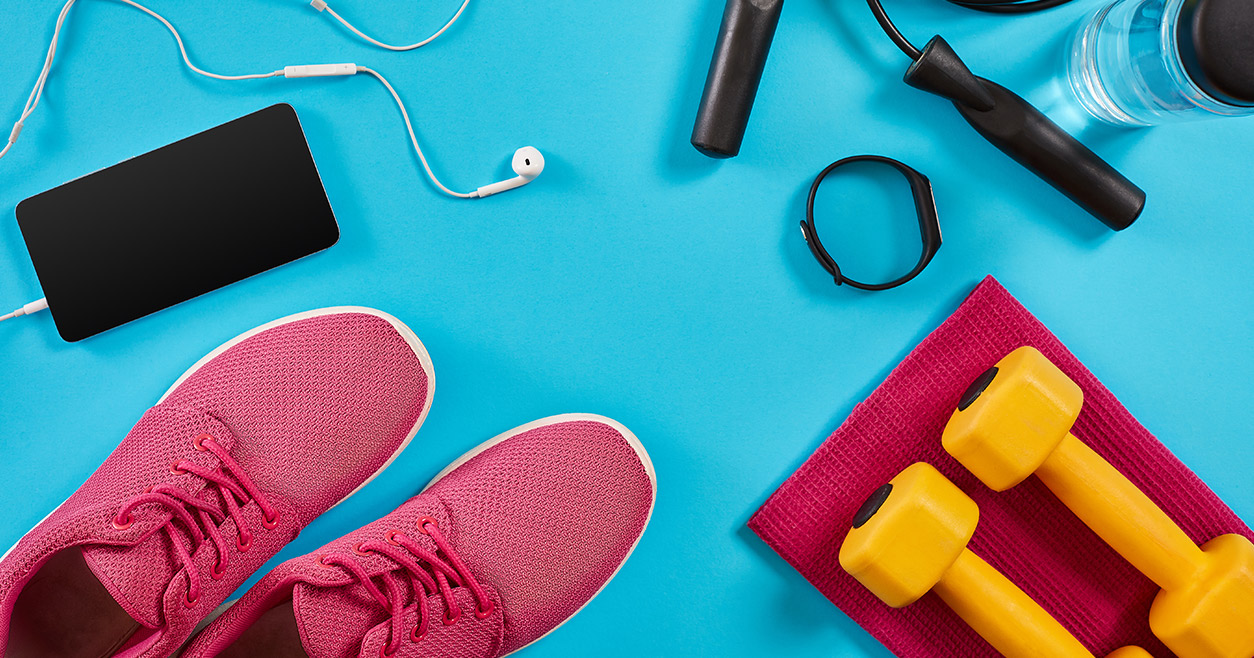 According to Bret Contreras, a certified strength and conditioning specialist, “the average obese person loses approximately 5 pounds of fat over the course of eight months through cardio or resistance training alone.”

Even if you find a compromise that feels right for you, it’s still “an awful lot of work for very minimal results, so don’t forget the ‘calories in’ side of the equation and follow a healthy diet.”

Tom Morgan suggests that if your goal is simply weight loss, the importance of nutrition versus training is roughly 70/30, whereas if you’re trying to muscle up whilst trimming the fat, the equation shifts to roughly 40/60 . In either case, it’s clear that your diet plays a massive role in your fat loss goal and training should never be an excuse to undermine that.

Keep everything in balance, keep pushing yourself and the results will speak for themselves.