Eat, drink and be merry?

Winter nights out are upon us and designated drivers have never been busier. Enjoying a festive tipple or two is all in the tradition, but as the bartenders keep the booze flowing, it can be hard to keep track of your calories. Sometimes we may even ask, does alcohol even count?!

Well, yes. Quite a bit actually…

But that doesn’t mean cutting it out altogether is the right choice for you. We care about overall well-being and as always, we want to find answers! So, as an aperitif to today’s analysis, here are some cold, hard facts:

“Alcohol, with a caloric value of 7.1 kcal/g, represents a nontrivial energy source that may contribute to a positive energy balance and, in the long-term, result in weight gain and the development of obesity.”

To put that figure in context, alcohol packs more calories per gram than protein and carbohydrates, but less than fat . According to a study in Obesity Research, “Alcohol provides ~6% to 10% of the total caloric intake of adults in the US. Many studies have reported that moderate alcohol drinkers tend to consume their alcohol in addition to food rather than as a substitute.”

Although this means that alcohol is also a source of energy, Jane Brody explains that “Unlike protein, fats and carbohydrates, alcohol is a toxic substance that is not stored in the body. Alcohol calories are used for fuel, thus decreasing the body’s use of other sources of calories.”

Personal trainer and nutritionist Tom Morgan elucidates this process: “Your body handles alcohol quite similarly to refined sugar. When alcohol is present, the liver stops making glucose and when your glucose levels are low, cortisol levels spike.”

Cortisol is sometimes known as ‘the stress hormone’ which means those spikes aren’t much fun. In fact, it can also cause issues with your sleep (and the impact of poor sleep is something we’ve recently discussed). “Most importantly,” adds Tom, “a rise in cortisol inhibits the body’s ability to burn fat.”

It’s safe to say that your body’s response to alcohol doesn’t exactly align with the season of merriment. But this is also the season of hope! Before we delve into more of the research to find out exactly how much of an impact alcohol can have on your weight loss goals, let’s clarify a few things:

First, the experts are open to keeping things in balance. Jane Brody summarises that, quite simply, “People who drink must eat less or exercise more to maintain their weight.”

Doesn’t sound like a bad compromise, does it? Tom Morgan agrees, and his clarification is the second we also need to make clear: “Your nutrition plan is exactly that: yours. So, take control of it and figure out what works for you.”

And what exactly is making up the drinks, anyway? Mike Roussell for Shape magazine notes that alcohol isn’t the biggest factor of a night out we need to focus on: “For most people, the calories in mixers of their favorite cocktails pose a far greater barrier to weight loss than the actual alcohol. Just 4oz of some daiquiri or margarita mixes can contain upwards of 35 grams of sugar – that’s 7 teaspoons of sugar!”

Lastly, it’s the disclaimer. As the doctors and researchers involved in one of our studies clarify, “Taking into account the potential medical and psychosocial problems related to drinking alcohol, any recommendation on alcohol use should be made for the individual after carefully evaluating both adverse and beneficial effects of the drinking behaviour in a broad context.”

So, with all that laid out up front, let’s dive in and find out what your body is doing with those alcohol calories. 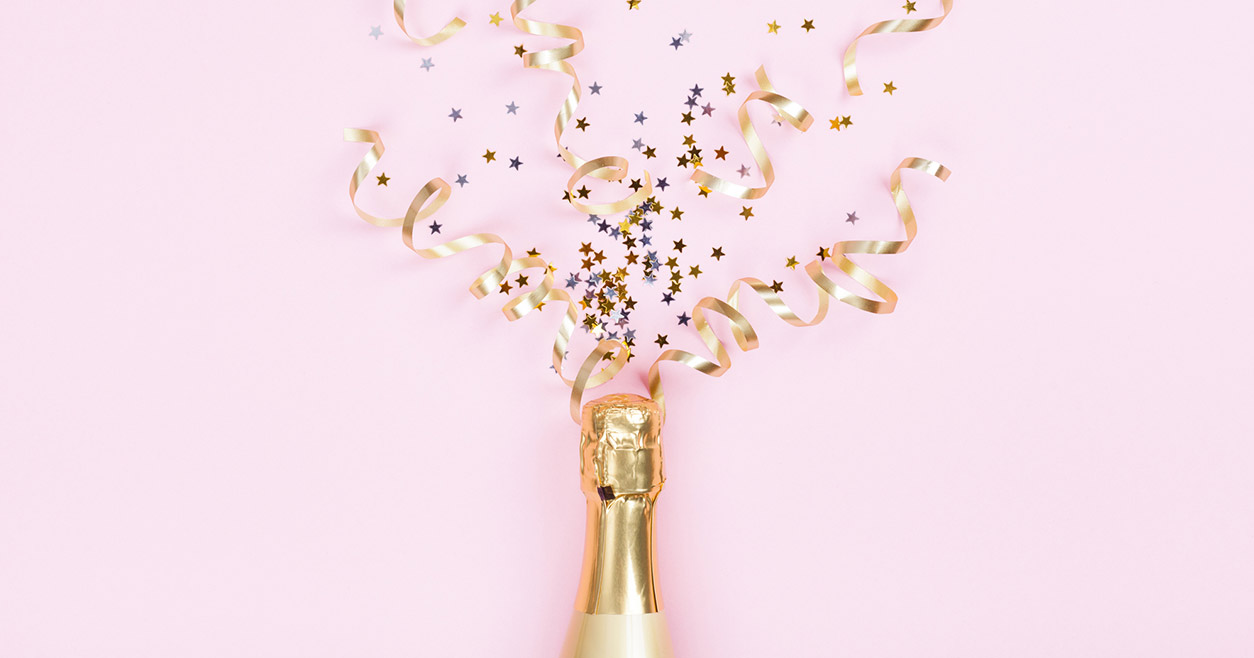 When it comes to the digestion process, booze jumps the queue. Your body sees it as a toxin and works its socks off to get it out:

“In a comprehensive review of the effects of alcohol on energy metabolism and body weight regulation, Suter et al point out that as an energy source, unlike other sources of energy, alcohol cannot be stored in the body and appears to have absolute priority in metabolism. This takes place at the expense of other metabolic pathways.”

This metabolic priority means that while your body is processing alcohol, everything else (particularly carbs and fats) just sits there. Imagine your body straight after a workout – you’re hungry and ready to light that furnace to burn all the fuel you’ve got into muscle. Well, when alcohol enters the room, the whole environment turns upside-down, the fire goes out, and the fuel-burning stops – temporarily. That’s why the pints themselves aren’t so bad, they’ll get burnt off soon enough. But that 2am kebab…

It’s weighing down on your waistline: “When your body is using alcohol as a primary source of energy, the excess glucose and lipids end up, unfortunately for us, as adipose tissue, or fat.”

If all that greasy food is so bad, then why is it so tempting? Part of the reasoning is dehydration:

“As alcohol is a diuretic, your body is dehydrated after a night of drinking, affecting the flow of blood through your body during exercise. Drinking plenty of water is also recommended for people trying to lose weight, as it can keep you from mistaking thirst for hunger and snacking more.”

Now, this all may sound a big negative and you’re cursing that bottle of vino, but rest assured, we’re about to hear some good news. Well, half of us… 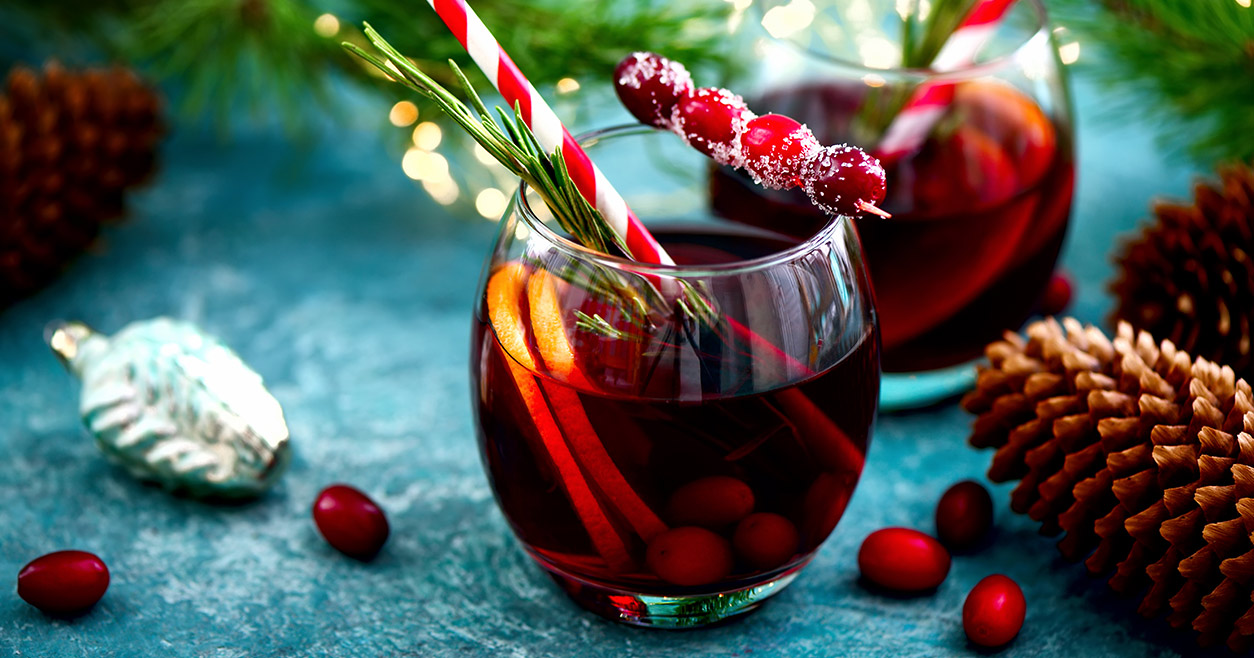 The good news (for women)

Research suggests that keeping everything in moderation is actually the best solution: “Moderate alcohol consumption (1 drink per day for women) increases your HDL (good) cholesterol, and studies show that people who have a couple drinks each week live longer.”

In a study of over 49,000 women carried out in Boston over 8 years, “There [was] no evidence that light to moderate drinking … is associated with weight gain in women.”

The long-term benefits aren’t bad either! As post-study follow-up analysis suggested that “Light to moderate alcohol consumption was associated with less weight gain and a lower risk of becoming overweight and/or obese during 12.9 years of follow-up.”

For the fellas, it’s not the drinks themselves that are causing issues, but where they sit within nutrition plans:

“The association of alcohol consumption with body weight change and development of obesity seems to differ by sex, which must be considered in the context of energy balance. Male drinkers tend to add alcohol to their daily dietary intake, whereas female drinkers usually substitute alcohol for other foods without increasing total energy intake.”

Despite this, the immediate impact for men is roughly the same as women: “Although there is no evidence that light-to-moderate drinking … is associated with weight gain, the findings in this study support the concept that greater alcohol consumption contributes directly to weight gain and obesity in men.”

These numbers stem back to the question of whether calories in alcohol really “count.” And the proof is in the pudding – or beer belly. And should a dependency or excessive long-term drinking routine develop, not only will fat pile on, but muscle will start to waste away: “Busy burning off the booze, the liver is no longer producing enough glycogen, which is the main source of fuel your body needs during exercise. Skewing these numbers is why long-term heavy drinking can lead to muscle breakdown.” 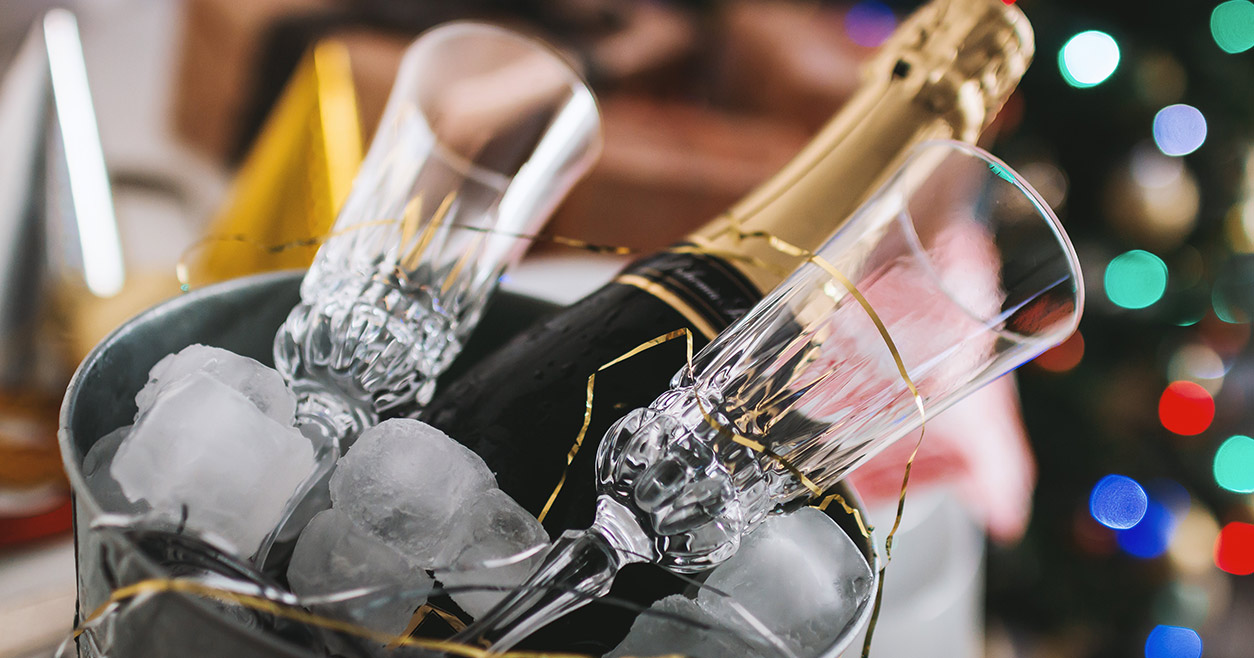 So, should I just quit?

Thankfully, for those of you with a hefty list of festive soirees to attend this year, “Lifelong abstainers and ex-drinkers showed similar weight change patterns.”

Adding to this finding, the evidence also suggests that “Light and moderate drinkers … all had lower mean BMI than non-drinkers even after adjustment for age.”

For the men in the audience, fear not – there are a number of additional external factors which play into how alcohol plays into your weight loss plan. For example, your initial BMI is a strong indicator of how likely booze calories are to linger: “Leaner men were more likely to gain weight than were heavier men.”

Just how big a likelihood of weight-gain are we talking?

Choice is on the menu

As we’ve already pointed out, your weight loss journey is unique. You set the rules and assess the outcome. This self-monitoring, according to Jane Brody, is the critical ingredient to a successful goal:

“Weighing yourself regularly, even daily, at the same time of day and under the same circumstances. If you’re a moderate drinker and find yourself gradually putting on weight, try cutting down on, or cutting out, alcohol for a few months to see if you lose, gain or stay the same.”

There are numerous factors that come into play outside just alcohol – from sleep to starting BMI, exercise programme to daily exertion, figuring out the whole equation takes time and attention. It’s not about being fixated on our nutrition plans or this week’s latest diet fad. As the University of Ottowa’s Jean-Philippe Chaput beautifully points out: “Instead of measuring weight, we need to measure health.”